Apparently, it’s taking some visual clues from Pinterest and trying to snag some of Pandora’s social elements for sharing music and. And…

Ahhhh, fuck it. When was the last time you were on MySpace? Yeah. Me either.

I was listening to a podcast today, an interview with Paul Williams (who wrote this song, and also this one). He’s the subject of a new documentary that came about because the filmmaker thought he was dead and wanted to memorialize him, and then found out that he was alive.

I’m sure you can see where I’m going with this. 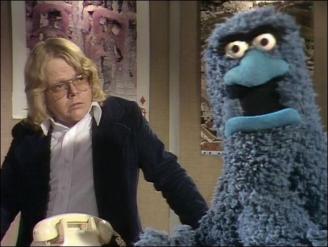 Except that Paul Williams is cool and interesting and waaaaay more relevant than My[______] has been for a long, long time.

I was actually a little embarrassed for them when I heard this news. They’re like the forty-six year-old dude at the bar with the hipster shirt unbuttoned like two buttons too many, trying to impress 20-somethings who actually are hip with his totally rad attitude. It’s just sad when you can smell the desperation wafting off them like so much Drakkar Noir.

WTF are you waiting for?

Professional, persuasive content for your Websites and print marketing collateral, plus integrated marketing planning and implementation, Social Media Marketing – and more – is just a call or click away!
travitt@gmail.com
303-915-5892

Denver copywriter and brand consultant Travitt Hamilton offers more than 10 years of branding and copywriting excellence for your agency, business or organization.
Loading Comments...
%d bloggers like this: